Life Cycle & Patch Management, can be achieved with different tools and methods with HPE and VMware. However, the number of available tools that can be used for LCM, can make it quite confusing of how and when these tools should be used. Especially when you install the CIM agent on the ESXi host, which will give you some additional information and options.

This raised to both me as my colleague “Kabir Ali” the following questions:

These questions are the central theme of our research and these blogposts. That’s why we’re going to compare the different tools in this blogpost. This way you can decide how to proceed further. 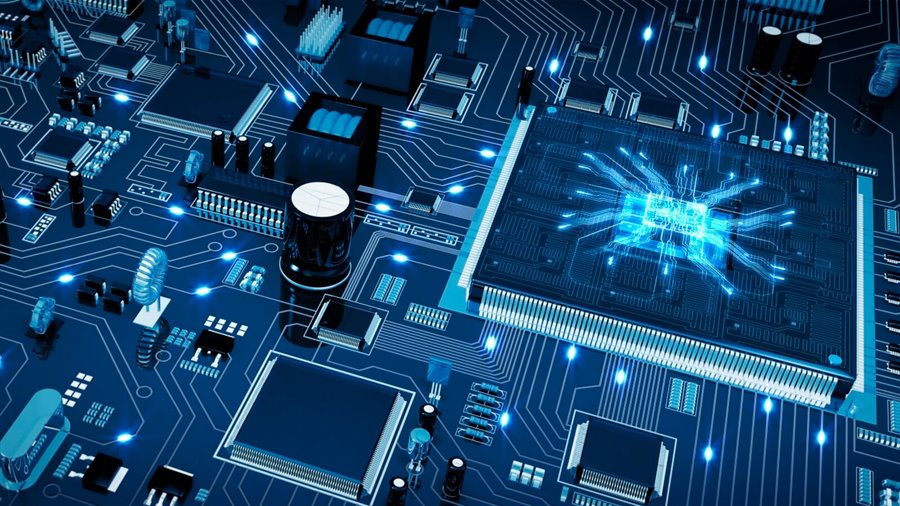 VUM vs SUM vs SUT vs OneView

With VMware, most of the time you’ll only use VUM to update your ESXi hosts. For HPE Hardware however, we have the possibility to update Firmware with SUM, OneView & SUT.
All the solutions of HPE uses an official Server Pack Proliant (SPP) image to update certain Hardware.

With both VMware as HPE hardware, you can load an ISO (Through the ILO for example) that can upgrade the Firmware or ESXi host. However, since this is a slow, long and manual process, we are not taking this option much into account. It is good to know that this is possible, and it can be easy when you quickly want to update a few servers. Furthermore, when installing the CIM agents of HPE on the ESXi hosts, both the ESXi host as the LCM tools of HPE, become more aware of each other. This way we can push drivers from the LCM tools towards the ESXi host, and the ESXi host itself knows better which hardware & firmware is being used.

Now to get a better understanding of the differences, check out the following overview that I created, after a series of tests that Kabir & I had performed.

VMware vSphere Update Manager (VUM) is an easy to use tool, that is embedded with the vCSA since version 6.5. With VUM, an ESXi host can be updated with updates for the hypervisor (build version), but also for specific drivers or vibs that support the hardware. This can be done by using the standard repository of VMware and / or repo’s of external parties like HPE. With VUM, you can also upload separate Images & Vibs that can be included in your update patchline.

HPE Smart Update Manager (SUM) is a tool that can only be used by downloading a SPP from the HPE site. Once you open the SPP, you can make use of the tool known as SUM. With SUM you can make connections to HPE hardware and deploy SPP’s towards it. *Fun fact, once you open the SUM tool within the SPP, you can select a different SPP that you want to deploy towards the server, both higher or lower version. This can be handy when a certain SUM version seems to have problems with making a connection or deployment.

SUM can be really handy, but in opinion, can’t be considered as an enterprise tool. This is because it can take quite some time to set up all the separate connections. This wouldn’t be a problem, if these connections could be easily setup, imported and or shared between colleagues. Instead, using SUM can quickly become a manual job of adding hardware every time you want to update something. The reason for this is, because SUM makes use of an user profile. Change the user, and you’ll lose all the settings. Same goes for using a higher version of SUM by changing the SPP. Once you use a newer or other SUM version, you have to configure all the connections again.

HPE OneView is more then a LCM tool, and in a certain way you actually could compare it with a vCenter Server. It is the management tool for all the different HPE hardware. Through it, you can push Firmware updates and drivers. HPE OneView has different dashboards and views that help you navigate towards all the different types of hardware and settings. This way, you can generate a “form” of overview or you can narrow done to each component. The reason I say “form” of overview, is because it doesn’t really give you that great of an overview. It is quite confusing and unfortunately there is no easy way to view and compare the firmware of the different hardware. You can see the firmware of all the components for lets say, a blade. However, to do that, it seems that you really have to go to each individual blade. There is no easy way to view the firmware of all the components together with the other blades, which I find quite disappointing. There is a “general” version overview, but that doesn’t show the overview of each component.

We also found out that pushing Firmware updates and drivers with HP OneView is quite unreliable. Several times, the same kind of servers, with the same type of hardware, profile and SPP, ended up with different types of firmware versions. The more annoying part is, that there is almost no mention of it. As I said earlier, there is also no easy way to check if the firmware was successfully updated, which I found quite a shame for a tool with such a potential. To only way to be sure, is narrow done to each specific component. So even though OneView seems to have all the required information at hand, it is simply not capable to give you a simple comparison report or alarm if certain updates are not installed.  It simply just doesn’t do it. There are quite some things that OneView does really well. But when we check the overall tool, it is an incomplete tool. More importantly, it is not always accurate & consistent. It is unfortunate to say it, but for the LCM part, HPE OneView lacks the most basic  and simple features of reporting. Which makes it therefor difficult to manage a big or enterprise environment.

The last tool is the “Smart Update Tools”.
SUT can be seen as an extension of HP OneView. It is a little bit more flexible, and it gives you an easy option to stage hardware online and beforehand. This can be really easy when you want to update the complete stack in one go. This way you can push both the Firmware, ESXi updates & Drivers, and reduce the amounts of reboots needed.

I would be really happy if I could say SUT is a big game changer, and that it is a big and positive addition to HP OneView, but unfortunately it is not. It is a tool that seems to be developed only to give a little bit more flexibility towards the deployment for Gen 9 and lower Servers. With several upgrade deployments towards multiple servers, we’ve noticed that the update towards certain blades, randomly quite. Fun thing is, that in those moments, we had to fix it with SUM.

Do note that SUT can only be used with HP OneView, it cannot ran separately.

After testing all these tools, lets see if we can answer the questions at the beginning of this blogpost.

1. What is the difference between the Tools?
This was an important question, and I think this has been thoroughly answered in the previous sections. However in the next post, we will discuss how we can apply this information to a practical plan.

2. Is there one tool that can do both Firmware, ESXi OS, and driver updates?
• 2.1 If not, which part is best handled by which tool?

Unfortunately there is no tool that can do both Firmware, ESXi Updates and drivers. HPE Tools can Push both Firmware & Drivers towards the ESXi hosts. However, I wouldn’t recommend that. My preferred methods are:

3. What is the added benefit of using CIM?
Unfortunately, not the things I hoped for. With CIM, the ESXi host becomes aware of the hardware it is using, the conditions the hardware is in and which firmware versions it is running. This will most probably, be really helpful with feature like proactive HA. Still, the Firmware awareness doesn’t improve anything for LCM with VUM, since it doesn’t do an automatic check if vibs are compatible with the current Firmware versions. It does however, give tools like SUM & SUT the option to update drivers, but like I said earlier, I wouldn’t recommend to push drivers with those tools. So CIM is a good addition for the vSphere environment, but not necessarily for LCM.

4. Is there some form of Compliance check between Firmware, ESXi version & Drivers with one of the tools?
Yes and No.

HPE Firmware vs ESXi version:
No tool that will check it automatically, has to be done through the official VMware website.

ESXi Version vs ESXi Drivers version:
Yes VUM, but not really reliable. With VUM, The Repo of HPE should check and tag if the driver is usable with a certain build version. This however, doesn’t seem to go well all the time. Other tools, don’t even check if a driver is compatible and just push it, so this is already a good step forward but it still needs some sharpening.

5. Is there a reporting tool that shows if the versions of Firmware, ESXi and drivers are consistent within the environment?
Unfortunately not. However, that’s why we made several scripts that makes a pretty cool output (If I may say so) that tackle this problem. This will be discussed in the next post. Thanks to Kabir Ali & Silvester Bosman, who were a big contribution to this part.

Alright, that’s it for now.
I hope you got some value out of it and had fun reading it, see you at the next post.