Without knowledge, one cannot make reliable (technical) decisions. Quite simple right. That’s why it is so important that you do your research well and spend enough time gathering information about the current environment. It makes the previous phases invaluable, and it shall act as your foundation for the upcoming phases. At this stage, you should have grasped a good understanding of how the environment works, and how it is made up. It is time to go through some technical decisions.

In this part of the BlogPost Series, we’re going to talk about: the different upgrade and migrations paths, how to make use of some of the new features, and the pitfalls they can have. We also cover some upgrading & migration challenges, sketch a few scenario’s and give you some good stuff to think about. I do want to note, that since version 5.1 up til version 6.7, there have been lots of changes. Unfortunately, I don’t have the time to go trough each feature or change. I will however go trough the most important challenges and changes. Especially the difficult ones that can’t be changed afterwards. Without Redeploying halve the environment of course. With that being said. Let’s go. 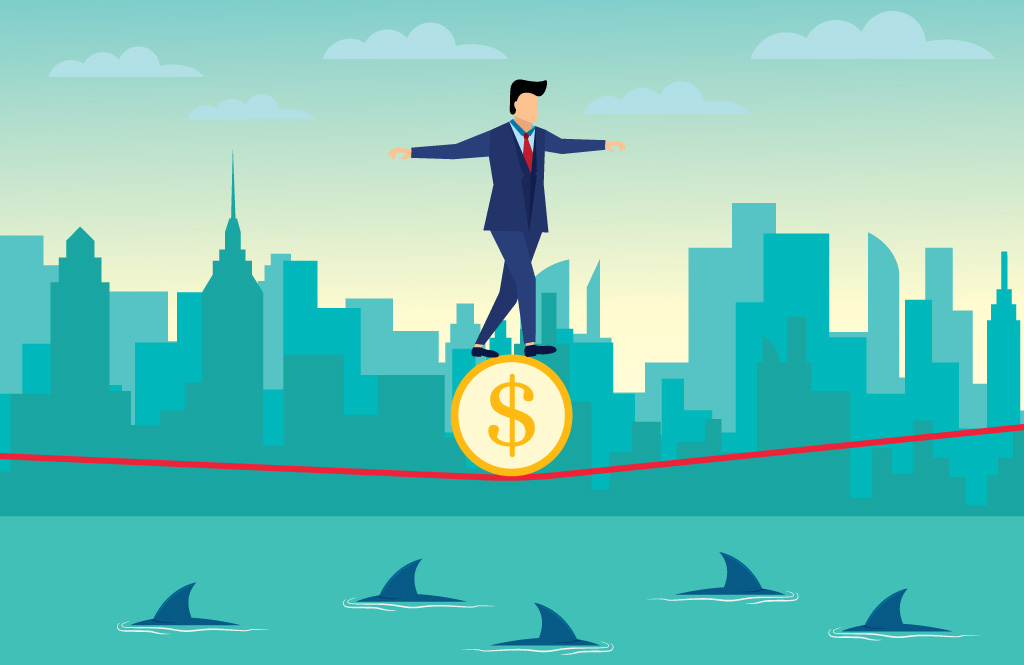 Upgrading, Migrating, both?
When upgrading towards a higher vSphere version, there are several roads that we can take. We can do:

Deciding which road is best suitable for you, can depend on many factors, but I found that the following factors are the most common and important reasons for organizations to choose one road over another. These factors are:

Before we go more in-depth about these 6 technical challenges, lets us first start with an overview of the paths that we can technically take in the upgrade scenario.

Supported Paths for Upgrading
I made a simple illustration that shows the possible roads that you can take when upgrading a vCenter and ESXi host. At the time of writing that is of course. This also depends on vCenter his ability to manage older host until a certain version. 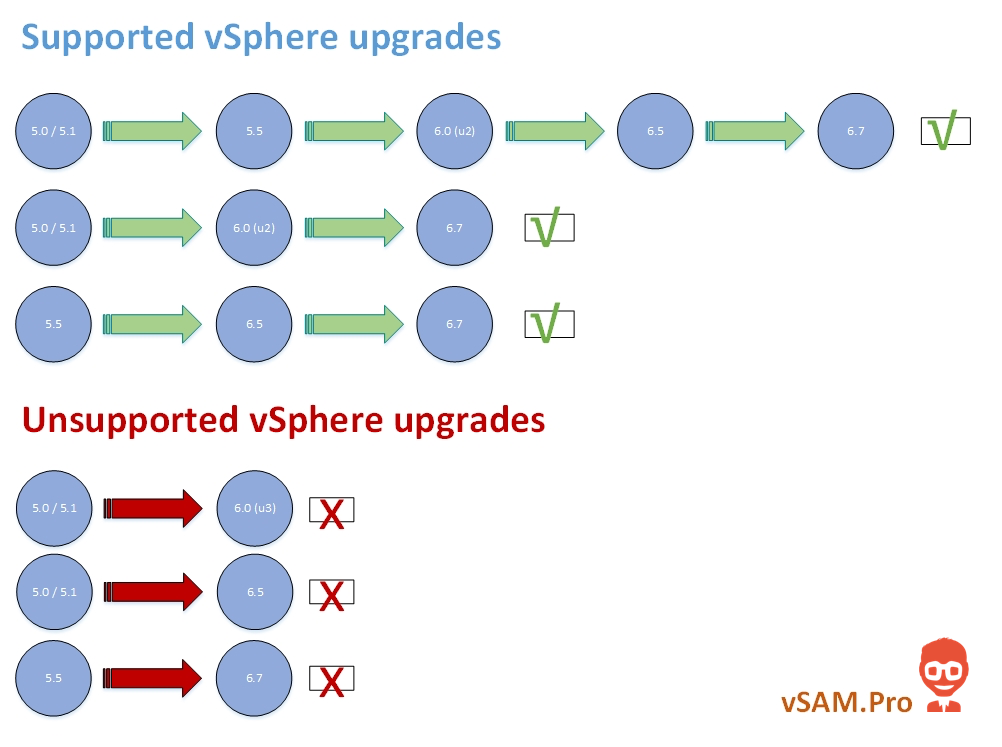 This brings us to the manageability, which I illustrated here. 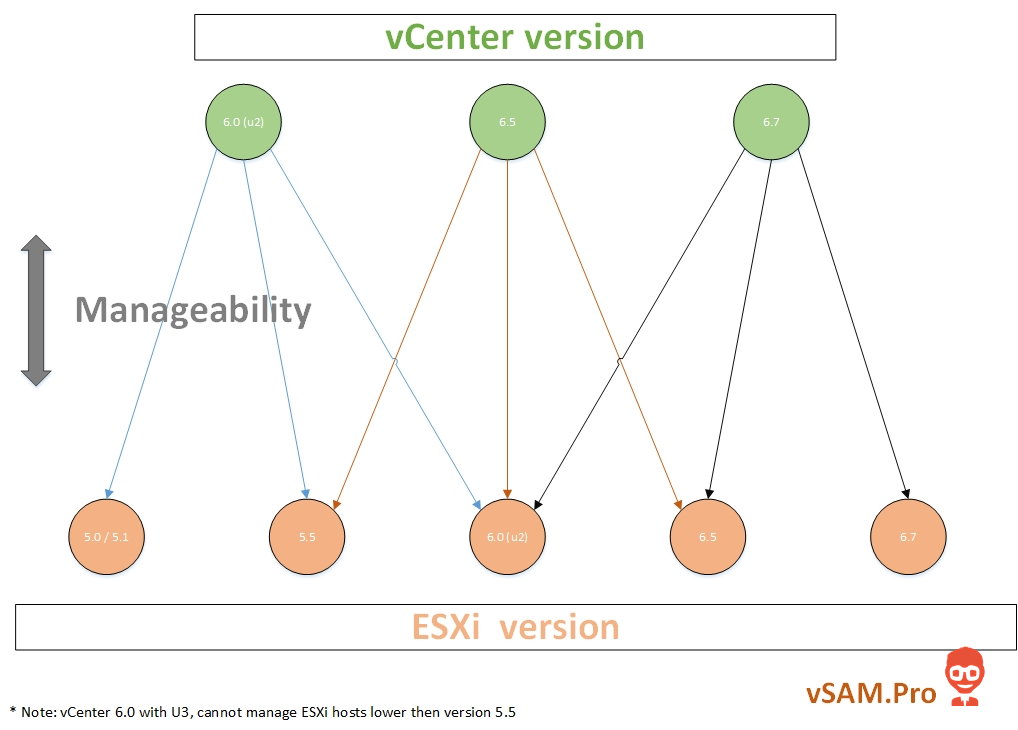 Do note that these illustration are made during the time of this writing. This mean that this info can change, since VMware updates quite regularly. Therefor I always suggest that you should check this information on the official VMware page. If you also want to know more about this stuff, check out the following screenshot and official page of VMware. Where you can find the interoperability of the different versions and VMware products. 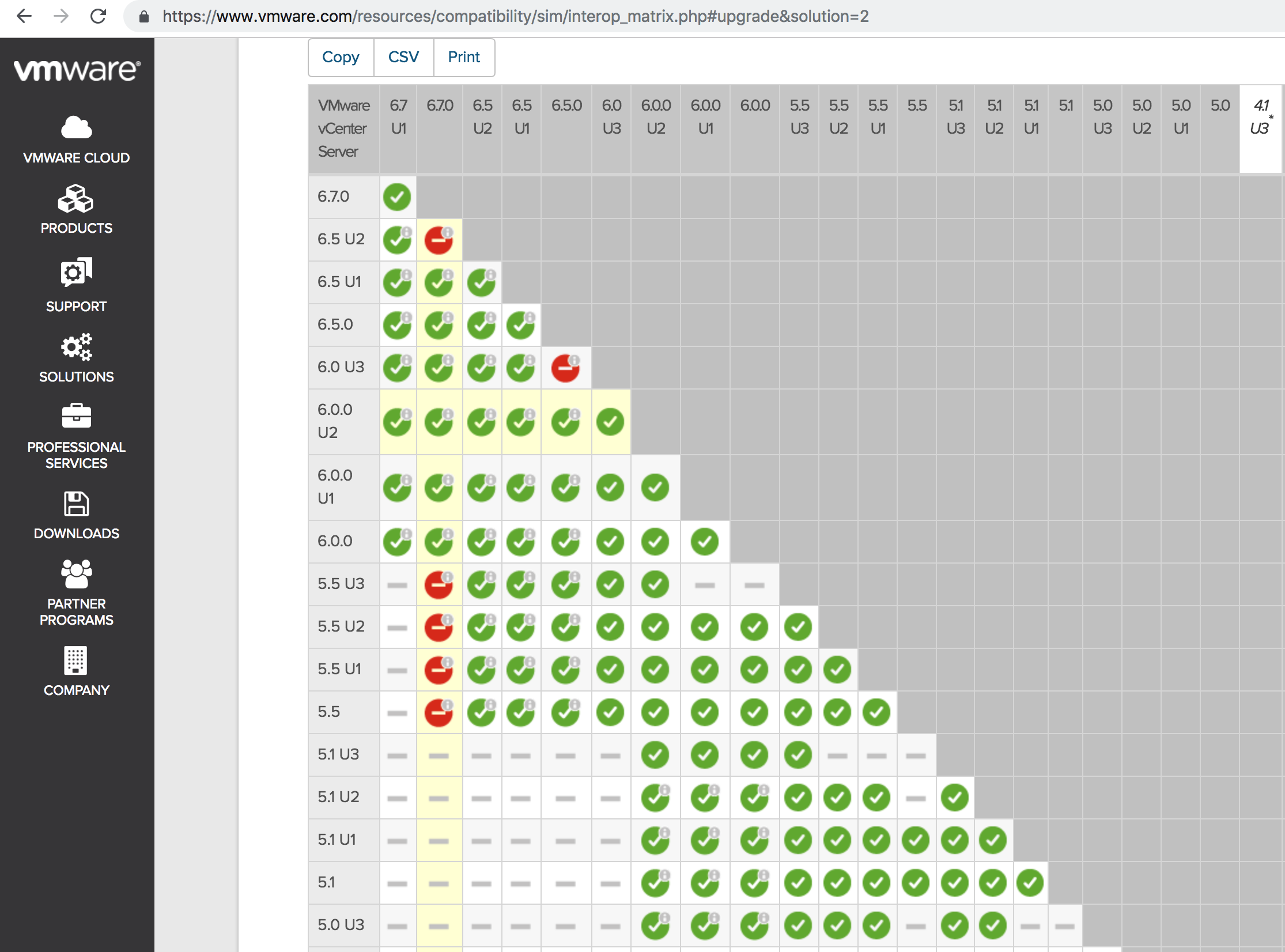 Challenges – New vSphere Features & Changes
We now know what kind of jumps we can make, but there are still lots of challenges. Some more difficult, then others, which also can depend on the version you are. Lets list up all the important changes that can affect your Upgrade path, and how to deal with them.

vSphere Challenge – Changing towards the vCSA (vCenter Server Appliance)
The vCSA has been out there for actually quite a while. However, since version 6.x a lot has changed. Especially with version 6.5, which lead to a full feature-parity between the vCSA and  the Windows vCenter Server. Since version 6.x, VMware has been moving forward with the vCSA and with that, also started to say goodbye to the vCenter Server running on Windows machines. For some, this is maybe old news, but it is still important since this will affect your upgrade path if you’re coming from older versions. Lets sum up some facts:

vSphere Challenge – PSC (Platform Service Controller)
The Platform Service Controller is new since version 6.0. It takes the SSO service, that was introduced in version 5.1/5.5, up towards a new level. The PSC is quite important, and it can also be deployed in two flavors. Embedded with the vCSA, or external. Now this can be a big topic, and I want to keep it short so that we can focus on the upgrade. The most important give away is, that VMware is sort of changing its approach, and seems to move away from the External PSC idea. As from version 6.7, the embedded PSC supports the same kind of features as an embedded PSC, and this makes its deployment a lot easier. If you want to know more about all the external PSC Topology types, check out this awesome blogpost.
http://www.electricmonk.org.uk/category/vmware/vsphere-6/psc-replication/

It is really well written and explains everything you need to know. Keep in mind that this topic of an external PSC is more important for version 6.0 and 6.5. At version 6.7 it changes a lot again, and some reasons are not that valid anymore. I also used an awesome PSC decision flow chart in the past, for version 6.0. Also definitely worth checking out: https://blogs.vmware.com/vsphere/files/2016/04/vSphere_Topology_Decision_Tree_Poster-v5_0804016.pdf

Besides that, there is a kb article that describes the deprecated topologies for PSC in version 6.5. https://kb.vmware.com/s/article/2147672

Now Lets Sum up some of the most important facts for your Upgrade:

A simple summary of the above is, that the easiest way for getting multiple vCenters joined in the same (VMware) SSO Domain, is by creating 2 new vCenters. Where the first vCenter sets up the (VMware) SSO domain, and the second vCenter joins it. Easiest and best would be version 6.7, since from that version on, the embedded PSC is the only option that allows others to be joined in the SSO domain. If you only have one vCenter or don’t feel the need for multiple vCenters to be joined to the same (VMware) SSO domain, then you can skip this all. I would then recommend an embedded PSC, if your situation isn’t a too specific use-case, but mostly because we seem to move back towards the embedded PSC anyway. However, there are still valid use-cases for using an external PSC topology, but that is up to you to decide. Most use-cases will probably suffice with an embedded PSC in the future, but that is just my honest opinion. Especially since the release of version 6.7.

vSphere Challenge – ELM (Enhanced Linked Mode)
Enhanced Linked Mode, one of the features that many customers look forward to. It is really a cool and handy feature, but also one feature that has lots of misconceptions and challenges. So let’s sum them up:

vSphere Challenge – VMFS6 and UNMAP
Another cool new thing, is the VMFS6 filesystem that has been introduced in version 6.5. With VMFS6, 4K drives are now supported, but also the UNMAP feature is back again. For those that don’t know, UNMAP is a feature that helps to reclaim deleted space on the OS as well on the datastore. This is mostly important for thin provisioned disks as well as thin provisioned datastores. In the past, if something was deleted on a datastore or within an OS, the higher layer didn’t knew that the space was available again, and thus marked the space as still being claimed. This leads up to higher storage consumption, since there was no way of reducing the consumption and therefor thin provisioned disks or datastores, has always kept growing. With UNMAP that same space is simply said, being zeroed out and VMware detects the freed-up space as available again. UNMAP has been introduced into the vSphere ecosystem already for several times (5.x) and has been deprecated several times as well. Mostly because of Storage performance issues, but I think that it is suffice to say that in version 6.5 and especially in 6.7, VMware has found the sweet spot. Anyway, Lets Sum up a few challenges that come with these new changes:

Alright that’s it for it now. We’ve discussed quite a lot, but there are still a few things that I want to talk about before I continue with the next phase. So in the next post we will continue with Part II of this Phase.

Hope you enjoyed it and that you got some value out of it.
Until the next time😁,