So I made a separate post here, that lists up all the different reasons why this issue could arise. However, the issue described here is more and less a known issue for the upgrade of the SDDC Manager from version 3.7.2. to version 3.8. This didn’t happen at our first site were the SDDC Manager was also upgraded to 3.8 but it did happen to our second site, and it happend right after applying the 2nd bundle. In which we couldn’t upgrade towards the last and third “drift bundle”. 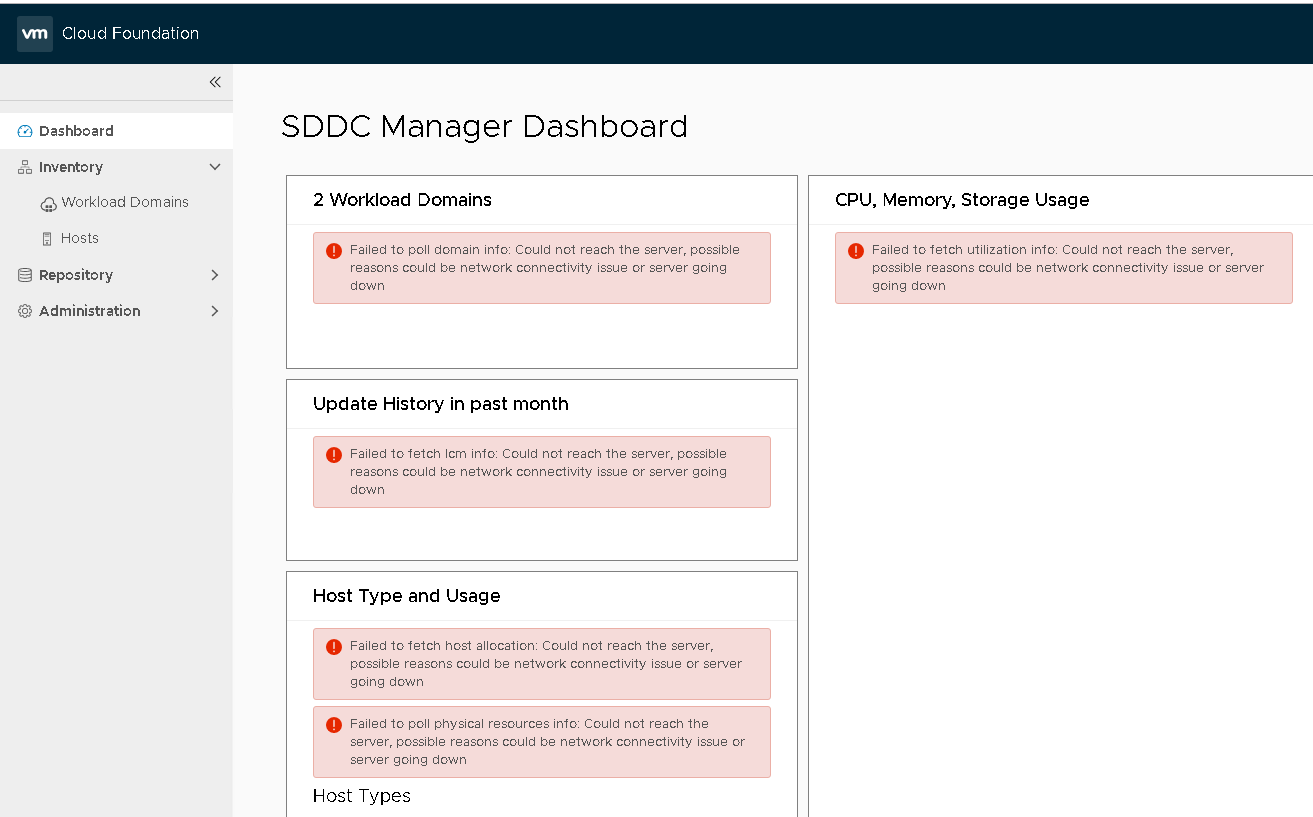 So after quite some troubleshooting, we had to contact GSS, since it seemed that something was blocking the Postgress database. Which therefor also blocked the Operations Manager service to start up. I had a similair issue once in the past, but that was with the upgrade towards 3.5, and also a result of a password that was to long and exceeding the table size of 255 characters in its encrypted form.

Now something similiar happend as the symptoms were that operationsmanager service was not starting after the upgrade. In order to determine that there were duplicate records in the DB GSS ran the following command to identify if there were any duplicates in the postgres DB (example output from your environment yesterday):

*Do Note:
I’m only writing this down, since there are a quite some people who are using vCF for study, testing and evaluation purposes. If however, you came across this issue within you production environment, definitely make sure that you contact GSS to help you solve this issue. Definitely do not use this procedure if you don’t know what you are doing and or when you are in a production environment. And in all cases, make a backup before you start this!!!

So the following command list up all the id’s that could be blocking duplicate id’s.

After that, remove the above values one-by-one, starting with the lowest value and working towards the highest value. Then restart operationsmanager, and check if it resolves this issue. If not, continue with the next value until operation manager can start up again.

This command is specifically for the SDDC Manager in 3.8 and probably higher as well. This is because after the 2nd upgrade bundle, a new SDDC-Manager is deployed and some of the internal Database structure has been changed. The command therefor doesn’t work on earlier versions, and needs to be changed.

Hope this was some value to you, and remember to just contact GSS if you have this issue in a production environment.