Recently I had a weird issue that a Windows 7 virtual machine on VMware Fusion (10.1) wasn’t able to make any network connections. After doing all the basic checks (NAT configured, Windows Firewall, Network adapter connected in VM) I didn’t had a clue what was causing the issue.

Still, the problem looked like an issue that I have experienced on ESXi hosts in the past, where to problem was caused by the network adapter that is set in the VM settings. Since troubleshooting tools are limited on VMware Fusion, compared to a full vSphere environment, I decided to just try some standard tricks out.

So I turned down the VM, and removed the original adapter in the VM settings. 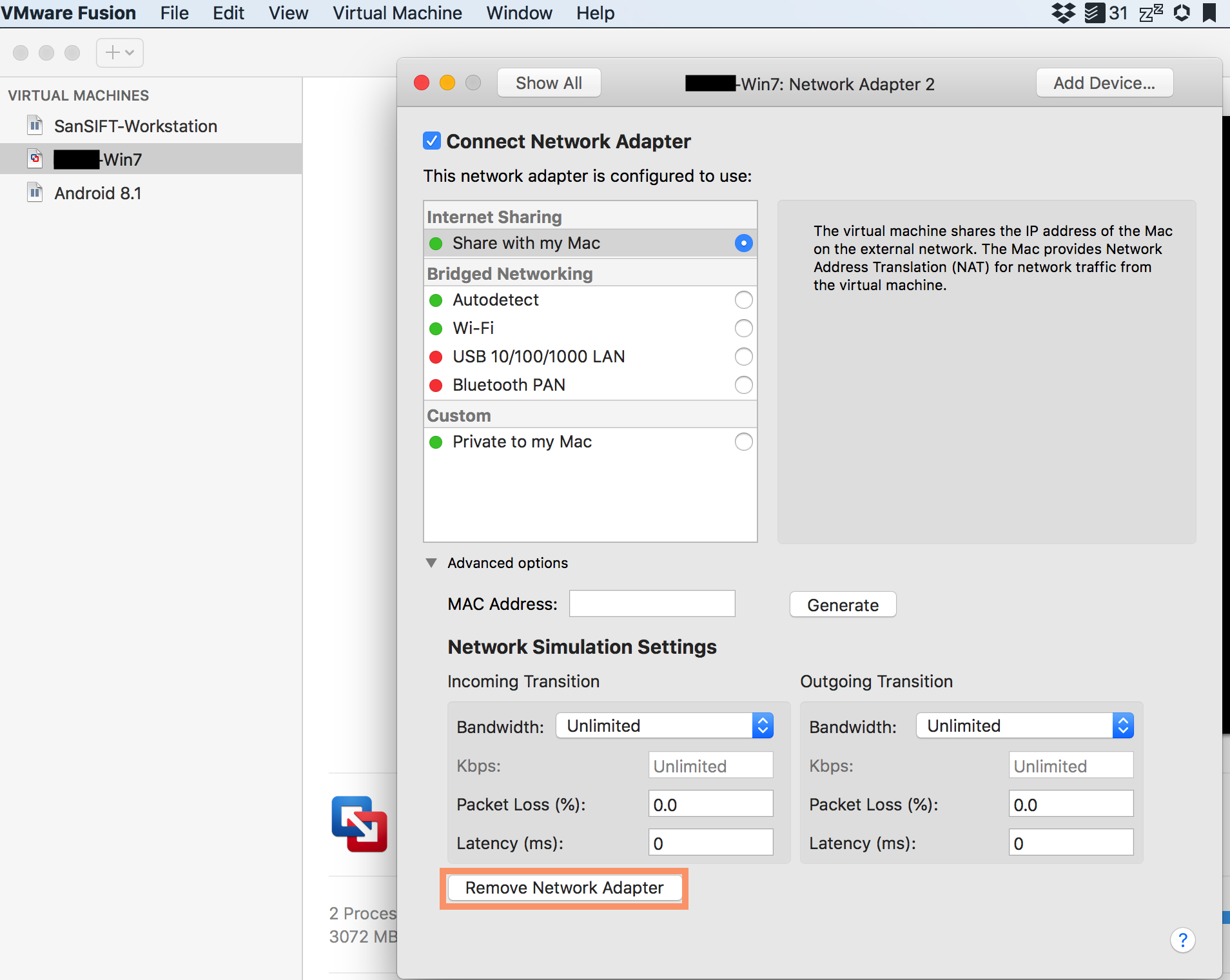 Then I added a new adapter again and turned on the VM. 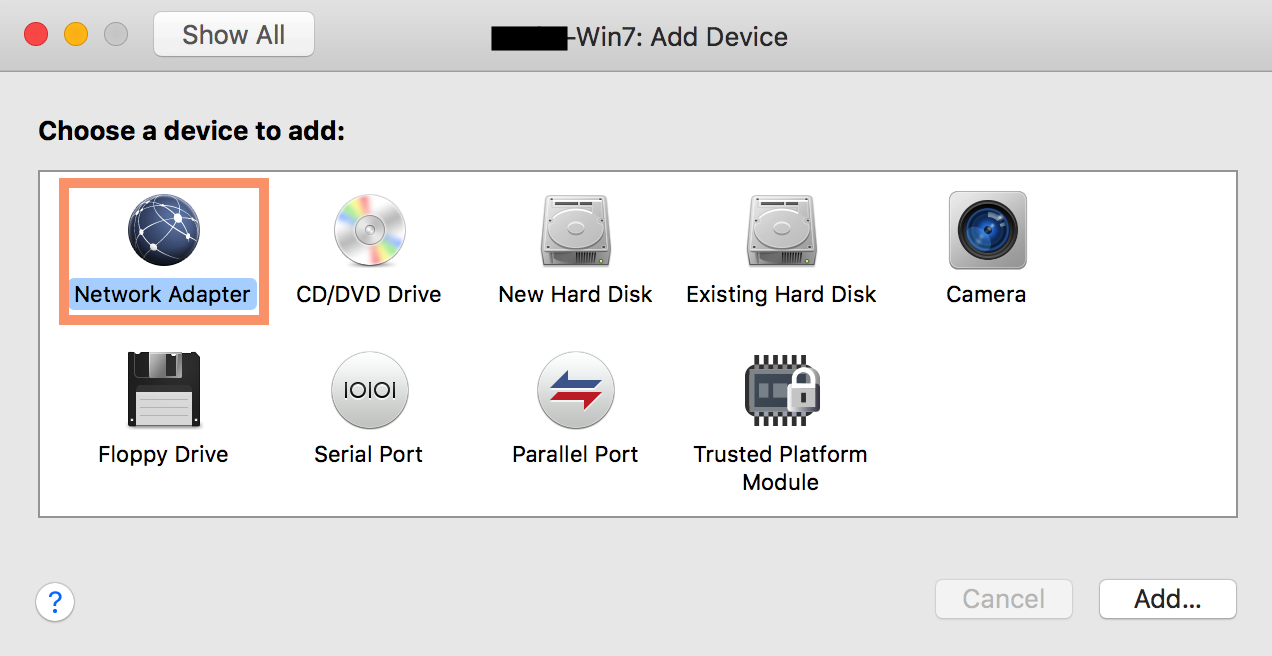 Still this didn’t solve the issue for me, but I guess in some cases this trick could work.

In the log file of the vm (which can be found in the finder by opening the package content of the vm) I saw lots of configuration errors in the logs, and some conflicts with VMware tools. This could be because of some configuration mismatch of the VMware tools. So I decided to reinstall them. 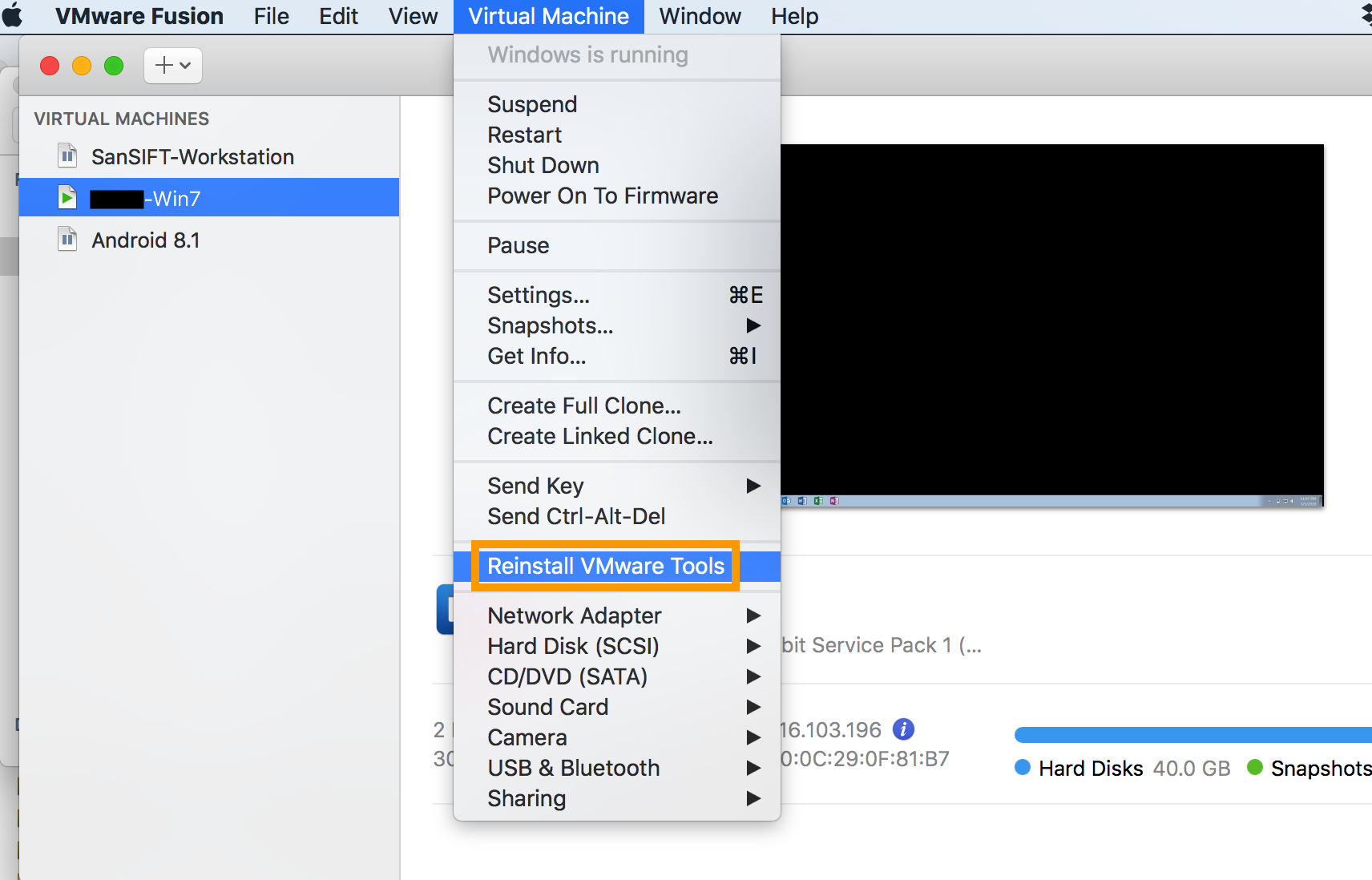 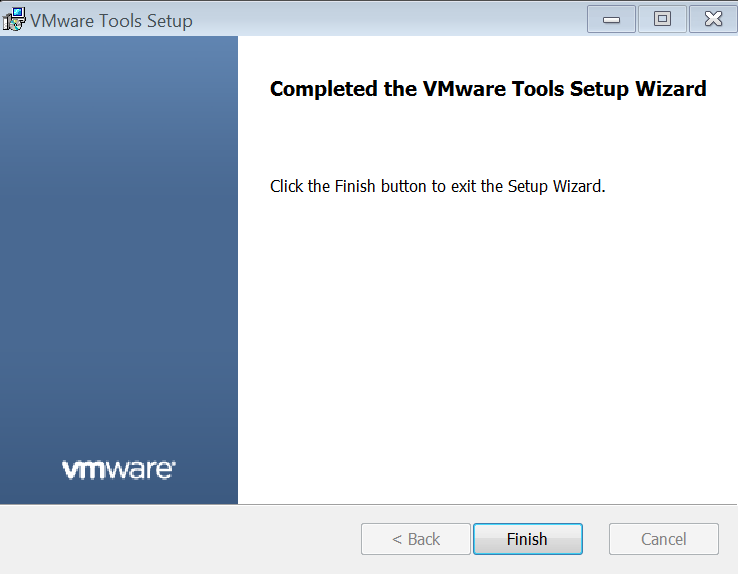 After the Reinstall of VMware tools, everything seemed to work fine again.

Alright, hope that this information helps 😊